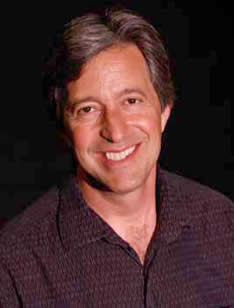 Sheldon Sands was born on a snowy Christmas day in Cleveland, Ohio. He began playing the piano at an early age. His musical development was strongly supported by his parents, a father who played classical and ethnic favorites by ear on the piano, and a mother who encouraged his music practice and pursuits. By his teens, Sheldon had become proficient at the classics, though his love of Motown, folk music, the Beatles, and the stylings of Leon Russell and Dr. John came to dominate his time at the piano. Jazz studies ensued, and he began to compose his own songs and instrumental pieces.

In 1981 Sheldon moved to Boulder, Colorado, and within weeks was jamming on stage with poet Allen Ginsberg and jazz musician Don Cherry at the Naropa Institute’s location on the Pearl Street Mall. After studying with the renowned composer and recording artist Bill Douglas, Sheldon enrolled as a student at Naropa (now Naropa University), thriving on a regular diet of world music, jazz, and improvisation, performing with poet  Anne Waldman, collaborating with dancers, pranksters and Buddhist meditators alike..

Upon completing his BA in Music in 1986, Sheldon began to perform actively both as a solo pianist and as a keyboard player in popular music groups and created a successful teaching practice which continues to this day. Through the ‘90s, he studied “Music: Health and Healing” with Don Campbell, “Music for People” with David Darling, and improvisation and composition with Art Lande.

In 1995 Sheldon released “Across Many Oceans“, a critically acclaimed debut CD. His original compositions cross cultural borders and celebrate our planet’s human and ecological diversity in a light-hearted journey through multiple ethnic and contemporary styles.

In 1997 Sheldon was awarded a seven-month artistic residency in Arad, Israel. His time there provided a rich opportunity to study Middle Eastern music, compose, roam the desert, and get deeply in touch with the spirit of the land and its diverse peoples. In Tel Aviv in the Spring of 1998 he recorded with some of Israel’s top Jewish and Arabic musicians. The CD, “Dead Sea Strolls,” was released in March 2002 and continues to receive praise and new interest.

In October 1999 Sheldon initiated Shalhevet Productions, bringing “The Poetry of Peace, Spiritual Music of the Middle East” to the historic Boulder Theater, featuring Turkish/Egyptian virtuoso Omar Faruk Tekbilek and the Jewish/world music ensemble Davka. Over the last 20 years he has brought many of  the most talented musicians of the Middle East and other regions to Colorado audiences (see Concert Productions page).  Sheldon currently produces concerts for the Boulder JCC and independently, and has been active as a performer; as a pianist/keyboardist and accordion player with Marta Burton, Michael Delalla, Kevin Dooley, The Yuval Ron Ensemble, Rachid Halihal and The Boulder Klezmer Consort,

Sheldon’s lecture/presentations have included “Cultural Crossroads: An Introduction to the Music of the Middle East”, and “Klezmer: The Art and Soul of Jewish Music.” In presentations about world music throughout the mountain states, he brings an informed vitality, helping audiences of all ages to better understand and appreciate the music of these fascinating lands and peoples.